It Is NEVER Safe To Possess Child Pornography 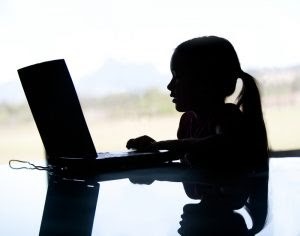 Boland was charged in a federal indictment with “creating” child pornography for engaging in this practice. He was also sued civilly by the parents of the children whose images he “used” in his exhibits. An Ohio federal district court judge ruled that Ohio law protected Boland from both civil and criminal prosecution. But the Sixth Circuit reversed this ruling, and held that there is no “expert witness” exception to the federal laws on child pornography. This allowed the civil plaintiff’s to proceed forward with their lawsuits. The court wrote that “even when federal law allows participants in the criminal justice system to possess contraband, it does not allow the creation and possession of new contraband.” The court reasoned that instead of using the image of a child to demonstrate his point, “[Boland] could have morphed an image of an adult into that of a minor engaging in sexual activity. Boland indeed did the latter as part of his preparations, and had he stopped there we would not be here.” The Sixth Circuit also cautioned that the federal government must closely supervise all child pornography used as an exhibit in litigation.

In contrast to the speech in Ferber, speech that itself is the record of sexual abuse, the CPPA prohibits speech that records no crime and creates no victims by its production. Virtual child pornography is not “intrinsically related” to the sexual abuse of children as were the materials in Ferber . . . . The harm does not necessarily follow from the speech, but depends upon some unquantified potential for subsequent criminal acts.

Finally, in Reno v. American civil Liberties Union 521 U.S. 844, (1997), the Court held that the interest in protecting children from harmful matter does not have infinite scope:

Mark A. Satawa is a partner at Kirsch & Satawa, PC in Southfield, MI. He practices in the area of criminal defense, specializing in defending sex crimes, child molestation, internet stings, and child pornography. He is a contributing author in the book, INSIDE THE MINDS: STRATEGIES FOR DEFENDING INTERNET PORNOGRAPHY CASES (Aspatore 2008).