A hot-off-the presses published opinion of the Court of Appeals has finally determined that registration under Michigan’s Sexual Offenders Registration Act (SORA) is a “direct consequence” of guilt. People v Fonville, No. 294554 (Decided January 25, 2011). As a “direct consequence,” it is ineffective assistance of counsel to not identify this requirement to a defendant who is considering a plea offer for a charge that requires registry. 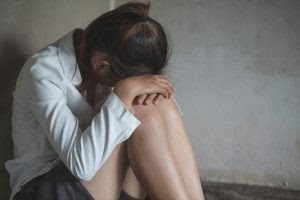 Before now, criminal defendants all too frequently agreed to plead guilty and take their punishments by way of jail or prison time, only to later be informed that their crimes also carry the onus of having to register as a sex offender for decades or life and the concomitant indignity and loss of liberty this registration engenders. It is not merely the requirements of registration that these defendants suffer, but rather they often lose their homes in order to satisfy the school-safety zone provision, lose their jobs because too many youths work at or visit their place of employment, lose their non-biological children who may live in their household, and lose the respect and dignity of their community peers.

Importantly, not all crimes that require registration under SORA are sexual in nature. Fonville himself pled guilty to Child Enticement, which the court agrees “includes no express sexual component as a requirement for a conviction of the offense.” But SORA does not distinguish between those who may deserve society’s worst opprobrium and those, like Mr. Fonville, who admittedly committed a bad act but did not commit a sexual act. Additionally, many registrants under SORA merely committed a “Romeo and Juliet” type offense where they engaged in completely consensual sexual behavior with a high-school sweetheart and yet, have to register without differentiation along with sexual predators, rapists, and child molesters.

It is certain that this decision will be appealed to the Michigan Supreme Court. We will all need to wait and see what, if anything, the Supremes will do with this issue. The Court of Appeals relied on a United States Supreme Court opinion which held that not advising a defendant of possible deportation proceedings was ineffective assistance because it was a direct consequence, as opposed to a collateral consequence, of conviction. See Padilla v Kentucky, 130 S Ct 1473; 176 L Ed2d 284 (2010). But the Supreme Court may find this logic unpersuasive because deportation proceedings, as quasi-criminal actions, are akin to punishment which, as our courts have frequently held, SORA registration generally is not. Whatever the Michigan Supreme Court decides, this decision is a victory for defendant’s rights. It recognizes the dire consequence of SORA and makes clear that an attorney is wise to advise its clients on its requirements. This case, along with People v Dipiazza, 268 Mich App 1378; 778 NW2d 264 (2009), shows that our courts are moving toward recognizing that SORA is punishment, as intense and depriving of liberty as prison. Dipiazza held that SORA was punishment as applied to a particular defendant. And Fonville shows that SORA is a direct consequence of conviction which requires advice and counsel. Soon, perhaps, our courts will recognize the draconian nature of SORA is punishment for all who are required to register.