What To Do If Falsely Accused? 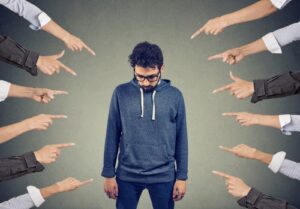 It’s no secret that sexual assault is terrible – one of the worst crimes that anyone can ever commit. Unfortunately, it’s also one of the worst crimes to ever be falsely accused of committing. And being false accused of these offenses can be so easy. Frequently it just takes one person’s word, and then you are charged in a she said/he said situation. What do you do? How do you show that you did not do this? How do you prove a negative?

Regardless of the reasoning behind a false allegation, being falsely accused of such a horrific thing can lead to all sorts of negative consequences, so it’s important that you know what to do in the event that this happens to you.

Here are five important things to keep in mind if you ever find yourself falsely accused of a sex crime.

First – Keep Yourself In Check And Talk To No One

Even though you have been falsely accused of sexual abuse, you need to be careful. Yes, it’s hard. You know you aren’t guilty, and you want to talk to EVERYONE and tell them you’re innocent – like friends, family, co-workers, CPS, and most importantly the police. Stop! Shut up! Do NOT talk – to anyone! Do not answer questions, do not try to offer an innocent explanation, and DO NOT APOLOGIZE. The phone call from your ex-wife, the girl you met at the bar last night, the father of your daughter’s BFF, or whoever is accusing you is likely a controlled call – that means the police are listening and recording it, and apologies are twisted into confessions by the police and prosecution. Yes, it is extremely important to keep yourself in check. This means that you will need to watch what you both say and do at all times, as saying one thing that could be construed as off-color could turn your case into a disaster. Working with an experienced Southfield sex crimes attorney in order to properly prepare yourself is a great way to help prevent something from being twisted, and stop that from happening.

Select An Experienced Attorney Such As Satawa Law 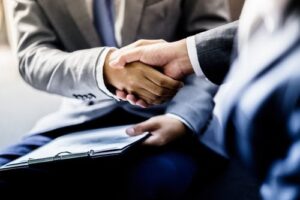 There are a host of great attorneys who are experienced in many different types of cases. But when facing these charges, take the time to speak to the Southfield sex crime attorney team at Satawa Law, whose sole goal is to defend your rights and protect your future when it comes to this accusation. Having an attorney who is a specialist and highly experienced in sexual assault cases, especially when it comes to representing those who have been falsely accused of such a crime, is an important first step in seeing a successful result for you in the end.

Take the time to sit down and establish a timeline of the alleged events in writing. Begin from the first day and end at the current day, being sure to include as much detail as you can remember. Collaborate it any way you can, and as many different ways as you can. Do you have witnesses? Texts? Social media posts? Missed/made phone calls? Selfies? Pictures? Do NOT assume this information will remain available to you forever. This type of documentation will be an extremely useful tool to include as part of your defense, and can mean the difference between winning and losing, or freedom and prison.

Talk To Your Lawyer About Testing

Since the case involves sexual abuse, it may or may not be a good idea to be tested. More specifically, talk to your lawyer about testing that could possibly help to prove your innocence, or disprove the allegation against you. You and your lawyer can first consider a polygraph, to verify you’re telling the truth. Maybe psychological testing or a sex offender risk assessment could be helpful. Certain medical tests could support you in the right case. It all depends on the unique facts of your case. So speak to your lawyer about how you can help establish or verify your innocence anyway you can. 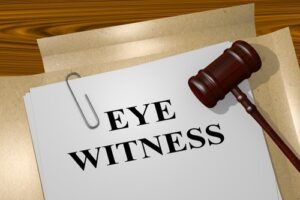 As soon as the allegation surfaces, and even prior to meeting with your Michigan sex crime lawyer, take the time to compose a list of witnesses who can corroborate your version of events and can help to prove that you are not guilty of the sexual abuse crimes you’re being accused of committing. You should always be sure to include the following information about the witnesses:

Once your list has been compiled, show it to your attorney, as they can then help to decide who will be the best witnesses to call to testify. Have you been falsely accused? Call Satawa Law today for consultation of your case.

Get Help Now
Home » General Blog » What To Do If Falsely Accused?