Are Polygraphs Reliable? Should I Take One? What Is Confirmation Bias?

Polygraphs (also known as “lie detector tests”) are a commonly used, and just as commonly misunderstood, component in the criminal justice system. This article takes a quick look at their use, and seeks to answer some of the many questions surrounding the use of polygraphs.

The first thing that should be mentioned about polygraph tests is that they are a test of the body’s natural physiological response to being deceptive, or telling a lie. They are not tests of the facts, or of the testing subject’s ability to tell a technical truth. But what does that mean?

What it means is fairly simple. You cannot pass a polygraph by telling a technical truth, or withholding important information. By way of a hypothetical as an example: If my brother were to ask me today, “can you help me rob a bank tomorrow?” Of course I would say no. Let’s say he would then ask me, “can I borrow a gun? Or your car? I really need the money.” Again, I say no. The next day the bank my brother talked about robbing gets hit, and my brother and I look enough alike that a teller at the bank says “I think it was that guy named Mark. He’s in here all the time.” If I were to take a polygraph that asked a single test question, that being “did you rob the bank?” Unless I revealed my brothers probable involvement, I would fail that polygraph. The reason is that while I did not rob the bank, and saying that I didn’t is telling a technical truth, I know who likely did rob the bank, so my body’s natural physiological response to answering that question would show deception.

In that regard, in testing the body’s physiological response to deception, polygraph tests are fairly reliable on what they actually do: measuring perspiration, respiration, heartbeat, blood pressure, etc. However, the problem is that while these measures do correspond with truthfulness or lack thereof, can they also show positive for things like confusion, fear, nervousness, or emotional response to being a suspect in a major crime and being hooked to a machine and questioned? The claim of accuracy is promoted by those with a financial, employment, or ideological reason to promote those machines.

The other issue, and the real flaw with polygraphs, is the subjective nature of the scoring. The idea that the polygraph machine spits out a card that says truth or deception is a myth. What the machine produces is a chart, a chart that must be subjectively scored by a licensed polygraph examiner. The problem becomes what is the bias or goal of that polygraph examiner.

If the polygraph examiner is employed by a defense lawyer, the criticism will be that the examiner has a bias in favor of scoring the charts in order to pass the polygraph. Conversely, a polygraph examiner employed by law enforcement, such as the state police or Homeland Security, is biased in favor of failing a subject so that they may ask post test questions in order to attempt to solicit a confession. As with anything, scoring can be in the eye of the beholder.

Who decides what questions you are asked? Who decides whether questions are to be asked that might establish innocence? Who decides if they should also focus on other suspects? Who decides whether you passed or failed? In a law enforcement polygraph, a police investigator interested in closing the case decides. Even if you are completely innocent, the polygraph examiner may believe you are guilty before he even meets you. In an unscientific field like lie detecting, confirmation bias [examiner reaches conclusions about the test results that just happen to coincide with what examiner expected] runs rampant. 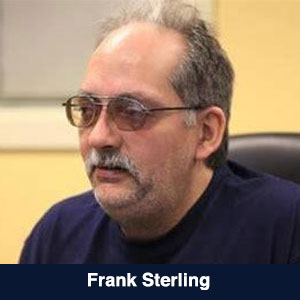 Take this man, Frank Sterling. He was believed by investigators to be guilty, and therefore “failed” the polygraph test. He was convicted of killing Viola Manville. He stayed in prison for 17 years.

This man was at first thought to be innocent, so he “passed” a polygraph examination regarding the same murder. His name is Mark Christie.

It took 17 years before Christie was caught and convicted for the Viola Manville murder, and Frank Sterling was freed. The polygraph examiners got it wrong for both of them.

The same thing happened with this guy, Jeffrey Deskovic, suspected, then convicted, of killing a high school classmate. 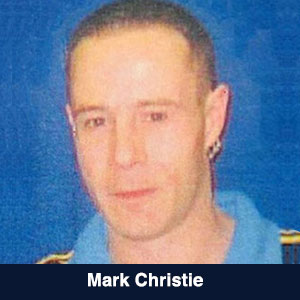 He “failed” a polygraph during a marathon 7 hour examination and interrogation. He stayed in prison 16 years until exonerated by DNA testing.

After 16 long years the DNA showed this man, Steven Cunningham, to be the killer. Cunningham confessed and pled guilty.

Cunningham was caught after killing again. He was able to kill again because investigators with tunnel vision focused on the wrong man, and because their biases were confirmed by a polygraph examiner who found that innocent Jeffrey Deskovic “failed” the test. 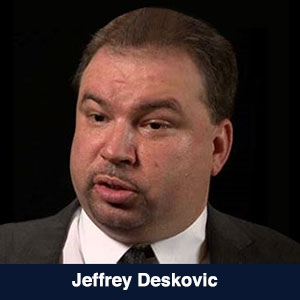 He was a CIA agent who was passing US secrets to the Soviet Union, and continued when they became Russia. In 1986 and 1991, Ames “passed” polygraph examinations conducted by the highest level investigators, seeking to find the source of the national security leaks. Possibly, he passed because investigators felt such a high ranking and loyal officer could not be guilty. Later, strong evidence arose against him, and in 1994 he ended up pleading guilty. In court, Ames admitted that he had compromised “virtually all Soviet agents of the CIA and other American and foreign services known to me”, and had provided the USSR and Russia with a “huge quantity of information on United States foreign, defense and security policies” 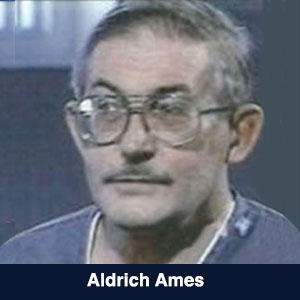 But Ames was an intelligence officer with knowledge, and possible advice and assistance of a foreign government, that possibly could have helped him beat the machine. What about the average person? That brings us to this man, Leonard Tyburski of Michigan, then director of attendance at Detroit Mackenzie High School,

When his wife disappeared, he told authorities that she ran off with another man to Ohio. He was found to be truthful by the polygraph examiner. Three and one half years later the wife’s dead body was found by their daughter in a freezer in the basement. She had been beaten to death. Tyburski ended up pleading guilty after a first trial at which his defense centered on his loss of control after Mrs. Tyburski taunted him about her affair with a young man. 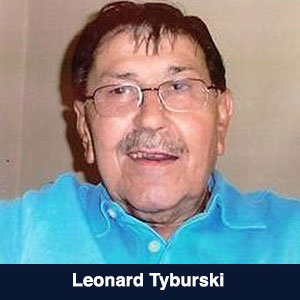 In other words, the reliability of polygraphs can vary, and is frequently subject to the subjective scoring of the examiner. https://www.psychologytoday.com/us/blog/the-skeptical-psychologist/200907/the-polygraph-test-strikes-and-strikes-out-again. They have a basic level of reliability in most cases, but the problem is we can never know if any one test is one of the times conclusions drawn by the examiner scoring the machine’s charts are right and the operator is not contaminated with confirmation bias. In real life, the most common use of the polygraph by the police is to gain confessions – by telling someone that they have failed the test, causing the subject to confess if he is guilty or, in some cases, even if he is not guilty.

False confessions are among the leading causes of wrongful confessions. People under severe stress often cannot stand up to hour after hour of hostile questioning, and will sometimes agree to whatever the questioners demand just to get it to end. If you say nothing, what you say cannot be taken as a confession. If you assert your right to remain silent and right to an attorney, the questioning must end.

The general rule is that a person under investigation should never undergo questioning by authorities without approval of the attorney and participation by the attorney. The fact that some questioning is done while you are hooked up to a machine does not change that general rule. In those uncommon instances where answering police questions is a good idea, the assistance and guidance of your attorney is still needed.

If you hire Satawa Law, our lawyers will evaluate your case and determine when, if, and under what conditions you should undergo questioning by authorities. Normally, if you say anything, what you say can be misinterpreted, or even lied about. If you say nothing, then nothing you say can be twisted. Your Fifth Amendment right to remain silent helps the innocent as well as the guilty, and is strongly protected by the lawyers at Satawa Law.

Get Help Now
Home » General Blog » Are Polygraphs Reliable? Should I Take One? What Is Confirmation Bias?