The Timing Of The Plea Offer 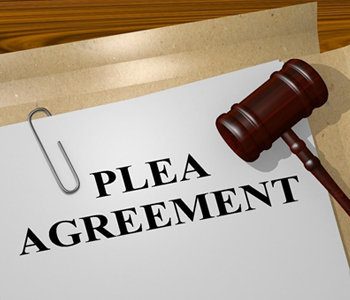 The stage at which the federal prosecutor may make a plea offer can vary case by case. Factors that drive this decision include…

All of these factors are combined to create something of a sliding scale on when a plea offer would be advanced by the government. However, these two things that have the largest impact on the timing of the plea offer:

Behind every federal case, there’s something called a Speedy Trial Act. The Speedy Trial Act gives courts a very, very narrow amount of time to give out a plea offer. In fact, the prosecution only has 70 days from the time of the arraignment to when a trial is supposed to be scheduled. In general, this isn’t a realistic timeframe. Even the simplest, most straightforward federal case requires more preparation, investigation, and research by the defense to be ready for a trial.

It is so rare as to be basically unheard of that the Speedy Trial Act is actually followed. It is almost always extended or adjourned. Instead, the 70-day timeframe acts more as a starting point to give everyone an idea of how serious the federal system is at trying to at least move cases forward.

Federal cases tend to be larger, more complex, and involve more defendants. Therefore, due to there being a larger discovery needed, these cases take longer to resolve from beginning to end than state cases do. Also, due to the Speedy Trial Act, there’s a feeling by federal judges that criminal cases should move forward faster than any of the parties, including the government, feel comfortable with moving. It’s for that reason that plea offers are frequently explored or at least suggested very early in the process.

The second factor that will impact the timing of a plea offer is whether or not your client is going to cooperate. Every federal criminal client has basically one of four options available to them:

A client may plead guilty with cooperation if they hope to gain the benefit of at least giving a proffer about their own involvement, thereby minimizing their exposure and cutting their sentence exposure down. If the client’s proffer warrants enough cooperation as to rise to the level of substantial assistance, then you’re talking about the potential for a significant cut in time of a sentence.

Federal plea offers in the present time, even without cooperation, almost always include an appellate waiver. The appellate waiver says that if the defendant gets a sentence that falls within a certain range within the guidelines, the defendant waives their right to appeal both his conviction and his sentence with very, very limited exceptions. In exchange for this, the government will typically agree to dismiss certain charges, which will sometimes bring the guidelines down.

The government will agree to make a non-binding recommendation under Federal Rule of Criminal Procedure 11B to the judge for a certain sentence. Frequently, that recommendation will be the midpoint of a guideline range. The judge does not have to take this recommendation, of course. Sometimes, the government will even agree not to score certain guidelines, not file certain enhancements, or not argue for certain enhancements under the guidelines at sentencing. There’s give and take, which requires a lot of negotiation on both sides.

More and more clients are choosing to plead guilty as charged without a plea offer. This happens most often in two particular instances.

3. If the client believes he has a legitimate appellate issue on something, such as a pre-trial motion or sentencing issue.

4. If the client believes that fighting the guidelines, certain enhancements, or factual scoring would lead to a lower sentence.

As part of a plea offer, the government often asks for concessions regarding the scoring of guidelines or enhancements. If the client feels that these concessions are likely to actually raise their sentence, they are going to prefer to take their chances by pleading guilty and going to trial.

Plea offers are offering fewer and fewer benefits and becoming more draconian in nature, which is another reason why pleading guilty is becoming more prevalent. If what a plea offer is demanding from the defendant doesn’t outweigh the benefits, the defendant is going to choose to plead guilty as charged. This is particularly true due to the commonality of being required to give up their right to appeal by accepting a plea offer.

It is every defendant’s right to reject all plea offers and go to trial. Pleading guilty as charged can frequently be the quickest option, as well. Agreeing to disagree with the government is a faster path than having to negotiate with them on all terms, especially when the government isn’t offering particularly attractive benefits.

With the guidance of a skilled attorney for Criminal Law Cases, you can have the peace of mind that comes with knowing that we’ll make it look easy.

For more information on Criminal Law in Michigan, a free initial consultation is your next best step. Get the information and legal answers you are seeking by calling (248) 509-0056 today.

Get Help Now
Home » The Timing Of The Plea Offer