Where And How Do False Allegations Emerge? 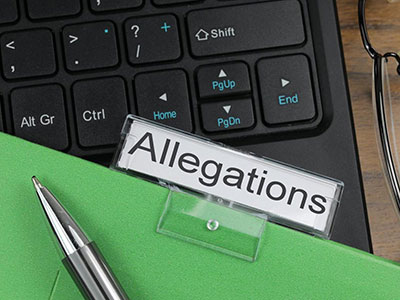 The vast majority of false allegation cases do not involve independent evidence that a crime occurred. Frequently, even the presence of DNA is not indicative of anything in a date rape case, because it will still be a “he said, she said” situation. In a child sexual assault case, evidence of vaginal penetration is indicative of a crime, but very rarely is there independent evidence that a crime occurred. The crime itself must be established nearly always through the testimony of the victim. This is one more way in which sex offense cases differ from other crimes, such as a bank robbery, where the crime itself is established by the amount of money that is missing, or a murder where the crime is established by a dead body.

The ‘Who’ And ‘How’ Of The Commission Of The Crime

Unlike a murder case where there is a dead body with a gunshot wound to the head establishing the crime, and the only question becomes determining the ‘who’ and ‘how.’ Establishing the alleged crime is not so straightforward in a sexual assault case; the crime must be established by the victim. It’s very rare for there to be independent evidence of sexual assault outside of the victim’s own testimony.

Statistics show overwhelming support for the idea that rape, date rape, and child sexual assault are the most underreported crimes. However, they are also, by a large margin, the most overreported crimes. The Department of Justice, in two separate studies done by the FBI (obviously the furthest thing from some soft, liberal defense lawyer group), has shown that false allegations of sexual assault are at about 10 percent, which is four times higher than any other violent crime. This means that 1 in 10 forced sexual assaults is a false allegation, which is a staggering number.

Studies by academics show a much high incidence of false allegations – percentages that range as high as 30 to 50 percent. After establishing the Innocence Project, Peter Neufeld and Barry Scheck established that about 25 percent of sexual assault cases referred to in the FBI files involve exoneration of the primary suspect by forensic DNA testing – making 1 in 4 sex crime allegations false.

The Impact Of False Allegations

Even one false allegation is too many. This country’s entire criminal justice system is based on the premise that it’s better that 99 guilty people go free than one innocent person be falsely convicted and go to prison (this was said hundreds of years ago by people who are much smarter than me, and there’s so much truth to it).

The real problem is that every one of these false accusations has a story. The most obvious example of it in recent memory, are the three college kids on the Duke lacrosse team who were falsely accused.

The prosecution in that case was fraught with every problem, every weakness, and every temptation by the police and the prosecutor to try to convict because they believed the accused were guilty. At the end of this case, the detective in charge of the investigation committed suicide, which sheds light on the personal toll this takes on people.

As 19 or 20-year-old college kids at an elite private University, from rich families in the Hamptons, which most of us will never see, the falsely accused in this case were easy targets. Their academic, athletic, and personal lives were forever changed by the false allegations, to the point that they are still suffering from them. That this can happen is scary, especially when it almost always comes down to a “he said, she said” situation.

Can You Prove A Negative?

Almost every single one of my clients asks, “How do I prove a negative?” How could those college kids from Duke prove they didn’t do what they were accused of doing? This is why there is the beyond a reasonable doubt burden, and why it’s said that it’s better that 99 guilty people go free than for one innocent person to be convicted.

We live in an era where there’s so much corroborating evidence that didn’t exist before. Every single text message, every snap, every social media post—all of it can support a potential accusation. For example, if two high school kids have sex and then get in a fight, and if the girl texts the guy the next day saying, “I can’t believe what you did to me last night,” almost any response from the guy could be corroborating evidence that supports an accusation of sexual assault. This is true even if he replies with something like, “I’m sorry if it went too far, “we were both drunk,” “I’m sorry if I hurt you,” or “I was so drunk, I don’t remember what happened.” even innocent explanations can be twisted to make them look like at least partial admissions of guilt.

Clients have to be extraordinarily concerned about the controlled phone call. The minute an allegation of sexual assault is made, the controlled phone call is out there lurking. So if a suspect gets a phone call from their brother-in-law who says, “How could you do that to my daughter, your own niece?” or a phone call from the girl they met at the bar the night before who says, “I want to talk to you about what happened last night,” that person has to be very careful about the way they respond.

Often, the natural human reaction is to apologize. Everyone thinks that they can talk themselves out of a difficult situation, and that if they just apologize, then everything will be okay and they won’t get arrested or prosecuted.

The problem is that those phone calls are not really from the brother-in-law or the girl they met at the bar the night before; they are from a person sitting in a police station, calling on a recorded line, monitored by the detective investigating the case. Every time someone says “I messed up,” or “I’m sorry, I shouldn’t have done what I did,” they incriminate themselves—even if they weren’t apologizing about having sex with the person. For example, they could be apologizing because one of them was married and they should not have had consensual sex, but it does not matter.

A person could be apologizing about any number of things, but the effect on the listener (including the jurors) is always the same: they will assume the person was apologizing about having committed a sexual assault. 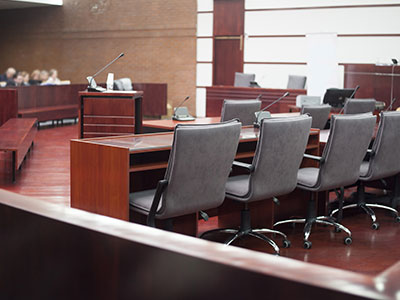 Talk To A Lawyer, And No One Else

It is critical for the accused to immediately hire a lawyer, and avoid talking to anyone about the situation. The lawyer should talk for the accused, because nothing the lawyer says on behalf of their client is admissible and is not an admission. However, everything that the accused says to their friends, family members, neighbors, spouse, or anyone else, is an admission, and is admissible. “I shouldn’t have gone to the bar last night” may sound like a relatively innocent thing to say, but it can be twisted out of context and made to look like an admission to sexual assault.

People who have been accused of sexual assault need to talk to someone. The earlier they contact a lawyer who will listen to their story, the earlier that psychological itch to talk to someone gets scratched. This helps them keep their mouth shut and not talk to the police, friends, family members, or anyone else.

Most of the time, the defense is relatively obvious anyway (e.g., it is a mistake, I did not do it, the accuser is lying, it was consensual, etc.). The defendant’s version of what happened must be incorporated into the defense and the theory of the case anyway, so if the client has spoken to the police and told the truth, that simply happens earlier than it otherwise would. It is very difficult, if not impossible, to come up with a defense that’s inconsistent with the statement that the client made to the police.

For more information, a free case strategy session is your next best step. Get the information and legal answers you are seeking by calling (248) 509-0056 today.

Get Help Now
Home » Where And How Do False Allegations Emerge?