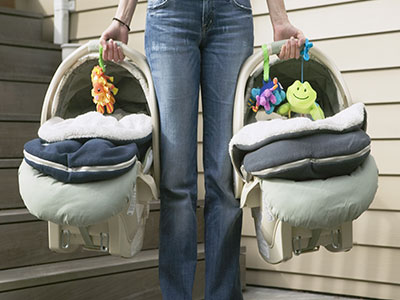 It is every new parent or babysitters worst nightmare – an infant goes to the hospital, with seizures or labored breathing. Then everyone at hospital starts to treat your differently, and pretty soon it is obvious that the doctors, nurses, social workers, and police think you hurt the child. You hear the term shaken baby syndrome for the first time, or maybe the new one: abusive head trauma. They have pre-judged you guilty, and expect you to prove your innocence.

The Mayo Clinic describes “shaken baby syndrome” (SBS) — more recently known as “abusive head trauma” or “AHT” – as a serious brain injury resulting from forcefully shaking an infant or toddler. Shaken baby syndrome involves damage to an infant child’s brain cells and prevents his or her brain from getting enough oxygen. SBS is a form of child abuse that often results in permanent brain damage or death. (https://mayoclinic.org/diseases). When an injury, or death, occurs from shaken baby syndrome, typically the caregiver who as taking care of the child at the time will face criminal charges.

In the context of criminal cases, shaken baby syndrome is a tool used by prosecutors to prove a defendant’s guilt. Shaken baby syndrome is established through the use of medical expert testimony that once made it difficult, if not impossible, to disprove. The prosecutor’s medical experts and doctors would testify that the child has subdural hematoma, bilateral hemorrhages, and edema (or brain swelling), and that “triad” of injuries can only be caused through intentional abuse in the form of violent shaking. Put differently, if you are a criminal defendant facing a charge of injuring or murdering an infant, and the prosecution expert testifies that you shook your child, then historically the odds you will be convicted were very high. Fortunately, recent developments in the law surrounding SBS or AHT provides hope for the criminal defendant charged with shaken baby syndrome at trial. More importantly, the Michigan Supreme Court, and therefore the Michigan Court of Appeals, have embraced these developments. Defendants of crimes involving shaken baby syndrome have hope.

This blog tackles the issues affecting those charged with crimes relating to shaken baby syndrome in Michigan.

The problem. The use of expert testimony to help judges and juries understand difficult technical topics is not foreign to American court systems. For example, most jurors would not be able to identify, or exclude, an individual based on a set of fingerprints without expert testimony. The same is true of a pool of blood. Without an expert to explain deoxyribonucleic acid, commonly known as “DNA”, the pool of blood would have no meaning to the jury. The list of topics that may require expert testimony is seemingly endless.

The same is true of shaken baby syndrome, which can only be established through expert testimony. Central to shaken baby syndrome is the in ability to explain the “triad” of symptoms: bleeding in the retinas of the eyes, bleeding under the dura matter of the brain (subdural hematoma) and brain swelling. (https://healthland.time.com/). Pediatricians or other medical professionals called by the prosecution often rely on the triad of symptoms combined with a lack of explanation as to their causes to opine that an infant had been violently shaken by a parent. Through the last few decades, medical professionals have essentially “claimed” that only shaking a baby could have caused the triad of symptoms while ignoring other possibilities. The theories of medical professionals in shaken baby syndrome cases have been solely relied upon to convict countless men and women of harming infant children across the country. 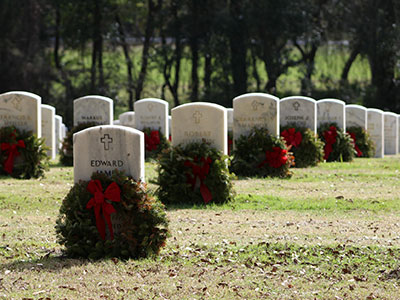 Reasons for Optimism. Although the science behind shaken baby syndrome prosecutions has been questionable and speculative for years, there is reason for optimism. The Michigan Court of Appeals has continued a trend in Michigan of calling SBS or AHT prosecutions into question, when it recently granted a new trial to the mother convicted of second-degree murder in the death of her 11 week-old daughter. People v. Tonia Joyce Miller, Mich. App. Unpub. No. 346321 (April 8, 2021). The Prosecution’s expert relied on the triad of symptoms — subdural blood, cerebral edema, and retinal hemorrhage – to argue Ms. Miller had shaken Alicia to death. Meanwhile, Ms. Miller’s attorney did not challenge the scientific validity of the shaken baby syndrome diagnosis. The case against Ms. Miller appeared to be a textbook case of shaken baby syndrome leading to her conviction and a sentence of twenty to thirty years behind bars.

In 2018, Ms. Miller filed a motion for relief from judgment that was initially denied by the trial court. The motion was based on “newly discovered evidence” in the form of multiple affidavits from different medical specialties attesting to Alicia’s death as a result of “fulminant pneumonia”— not shaken baby syndrome or AHT. When the case arrived at the Court of Appeals, Ms. Miller won a remand to the trial court to conduct an evidentiary hearing to determine the cause of Alicia’s death because of the affidavits questioning the shaken baby syndrome diagnosis.

Following the evidentiary hearing that included testimony from five medical expert witnesses, the trial court determined that a “shift in the scientific consensus” regarding diagnosis of AHT based on the triad. This finding of the trial court caught the attention of the Court of Appeals who observed:

The court observed that this shift had resulted in a recognition among physicians that “there are alternative reasons or alternative mechanisms that can cause those three findings to appear.” Therefore, the court concluded, the science relied on by Miller was “newly discovered”…The evidence at trial was totally inconsistent with the conclusions of the four experts that have been presented by Ms. Miller.

Procedural Issue. Generally, motions for relief from judgment premised on newly discovered “scientific evidence” must show: (a) a shift in a field of scientific knowledge, including shifts in scientific consensus; (b) a change in a testifying expert’s own scientific knowledge and opinions; or (c) a development in a scientific method on which the relevant scientific evidence at trial was based. MCR 6.502(G). These types of “shifts” in scientific evidence rarely occur. Yet, the Court of Appeals in Miller determined that the trial court had not abused its’ discretion by finding that a shift in the science of shaken baby syndrome had occurred. The Court of Appeals affirmed the decision of the trial court to give Ms. Miller a new trial.

Summary. A new day has come in the prosecution of defendants who are accused of harming a child through shaking. Unless Miller is altered or overturned by the Michigan Supreme Court — a fact that it is too early to know, but seems extremely unlikely given recent Michigan Supreme Court decisions – then future trials of persons alleged to have injured infants through shaking will no longer be convicted through the exclusive use of prosecution experts relying on the triad. Prosecutors, and their expert witnesses, will have to employ new clinical data, theories, and opinions to secure convictions.

For those who are charged with such a crime, recognition of the reach of Miller is critical to their defense. Their lawyer must incorporate it as part of their defense at trial. For those already convicted of harming an infant from shaken baby syndrome at trial, there is hope that a new trial could possibly be ordered as a result of these ever changing developments in SBS or AHT. Such persons should consult with an attorney to file a request for a new trial.