What If I’ve Accidentally Viewed Or Downloaded Child Pornography? 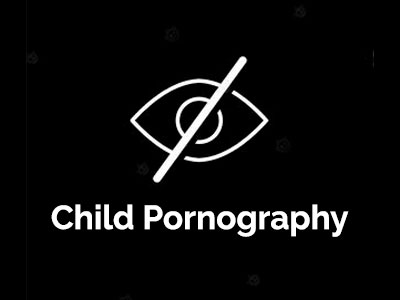 Clients regularly say that they accidentally viewed or downloaded child pornography. There are instances where temporarily having child pornography on one’s computer will not be the same as possessing it. This is a factually intense review of the case and the evidence (mainly the computer/tablet/phone) for a defendant to prevail in these circumstances.

Critical to the inquiry is whether the pornography was ever cached in the defendant’s internet browser, and did it ever go beyond being cached and actually saved on the computer’s hard drive or other storage (such as a jump drive). The more steps the person took that demonstrate an accidental download, the better legal position the client will be in to defend the allegation of possession (e.g., by immediately deleting it after it was downloaded, clearing the browser history, clearing the cache, and deleting the image from the list of deleted items).

If there is evidence that the site was visited multiple times and the image was not only in the cache portion of the internet browser, but rather it appears the image was viewed or even downloaded, then it becomes extremely difficult to successfully argue that it was accidental.

When Can Investigators Seize My Computer In A Federal Child Pornography Case?

Law enforcement always seize the defendant’s computer during a child pornography investigation, and generally do so in one of two ways: (1) they secure a search warrant to seize it; or (2) when the defendant permits them to seize it by giving consent. It is baffling the number of suspects who have child pornography on their computer voluntarily give investigators permission to search it. In federal cases, voluntary consent is most commonly put in writing, with the person giving consent being asked to sign a form.

Will I Have To Register As A Sex Offender?

All child pornography offenses are mandatory sex offender registration crimes, regardless of whether it is a state or federal conviction.

I Never Intended To Meet With The Person I Was Talking To Online. Could I Still Be Charged?

Clients often ask whether they can be charged with solicitation of a minor even if they never met the minor they were talking to online, or even if they never intended to meet him/her. The simple answer is “yes.” It does not matter whether there was an intention to meet the child. Regardless of whether there was a meeting, steps taken towards a meeting, or never a meeting even mentioned at all, a person can be charged with solicitation of a minor. The charge of solicitation of a minor is complete the minute someone sends a message asking a minor to meet, or even send pornographic material; it does not matter whether the meeting occurred, or the pornographic material was sent. That said, if the adult did meet the person, federal law enforcement would see that as further evidence of the adult’s intent to commit a sexual act with the minor.

The defense of “I didn’t intend for the child to send me a picture or video, or to meet with me” is a difficult defense to assert. Many clients want to say that they were engaged in fantasy roleplaying, and never intended to meet with the person. For this defense, the devil is in the details. What evidence exists that the adult was engaging in fantasy role play or never intended to meet the person? What proof exists that the adult’s behavior was not role play and that they did intend to meet with the person? Did the defendant ask questions like, “what school middle/high school do you go to?” “Will your mom or dad be home?” “Will be will you be able to sneak out of the house?” Was the adult asking questions that made it seem like they were planning to meet in person, such as “Where will you be,” “What will you be wearing,” “Are you going to tell your mom,” or “What time do you have to be home?”

When chatting online, most people are not speaking with a minor. Investigation into this activity has become so aggressive that most people are really speaking with a law enforcement officer – an officer who is trained to send and solicit messages with the defendant in a way that puts the defendant in the worst possible light. The questions mentioned above are frequently part of the chats between an unsuspecting adult and a law enforcement officer posing as a minor, and done so intentionally to strengthen the case against you and eliminate defenses such as this was all a fantasy, or I never meant to go and meet him/her.

When It Comes To An Adult Engaging With A Minor Online, What Action Is There Generally No Going Back From?

Once someone asks a minor for a picture, video, or in-person meeting, they will likely be charged with a crime. Period. It is really that simple. 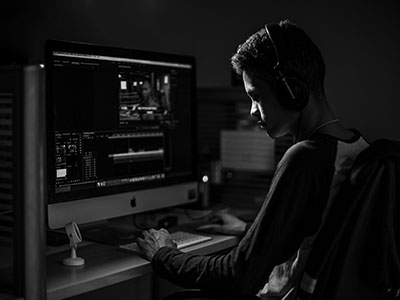 Are There Any Defenses To Child Pornography Or Online Solicitation Charges?

There are defenses to child pornography and solicitation charges. However, there is no one-size-fits-all defense because every case is so different. Each case has to be evaluated on its unique facts and circumstances.

Another defense is that the possession was accidental. The defense of accidental possession can be used when there is no indication that the defendant sought out the pornography, the website, or the network in question; the site was only in the temporary cache browser rather than saved, and the image or video was never viewed or downloaded. Under these circumstances, there would be a substantive defense that there was no actual intended possession of child pornography.

When it comes to solicitation, one defense is that the defendant thought they were talking to an adult (not a minor). However, this defense is a difficult one, and carries with it a very high burden to show proof that the defendant really thought the person on the other end of the conversation was an adult. Helpful facts could include being in a fantasy role playing website or chatroom, making statements that clearly suggest you believe the other person is an adult, or lying/misrepresenting things about yourself such as your own gender, age, etc. It is essential to emphasize that these defenses are factually dependent on the unique circumstances of the individual case at hand.

For more information on Child Pornography Law, a free initial consultation is your next best step. Get the information and legal answers you are seeking by calling (248) 356-8320 today.

Get Help Now
Home » What If I’ve Accidentally Viewed Or Downloaded Child Pornography?